Sports and pre-gaming have always gone hand-in-hand and now it seems marketers are jumping on the bandwagon. It is clear, the Super Bowl is one of the biggest sports events in the world. Beer, chips, and football, is the classic American combination. But over the past few decades the biggest stage for football players, has become one of the biggest stages for big named brands and one of the most costly marketing campaign platforms for advertising managers. A study done by the Harris Interactive on the 2011 Super Bowl found that nearly 66% of women and 45% of men watch the Supe rBowl as much for the ads as they do for the actual game. Even more shocking was that 54% of those surveyed in 2011 stated they would be talking about at least one commercial over a social network. 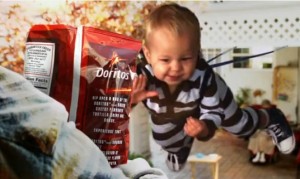 The Super Bowl has not even happened yet and there has been buzz about the ads for weeks. Some companies have released teasers, while others have released at least one of their full ads online to start generating buzz (GoDaddy). It is no secret that ads are one of the reasons that people watch the game and advertisers rely on this fact to make the cost of running ads during the big game seem somewhat reasonable. Ads this year are running on average 3.5 million dollars per 30secs. And to get the most bang for their advertising buck, there is constant promotion of the ads to create chatter around the commericals before they have even been seen.

However, other marketers are skeptical. What happens if you release a teaser of your ad? Are less people going to watch your ad when it is shown during the Super Bowl? If everyone released their ads would less people watch the SuperBowl? Only tonight will tell if the big game is less of an event because of the pre-leases of ads.

9 thoughts on “Advertisers are Pregaming for the Super Bowl”